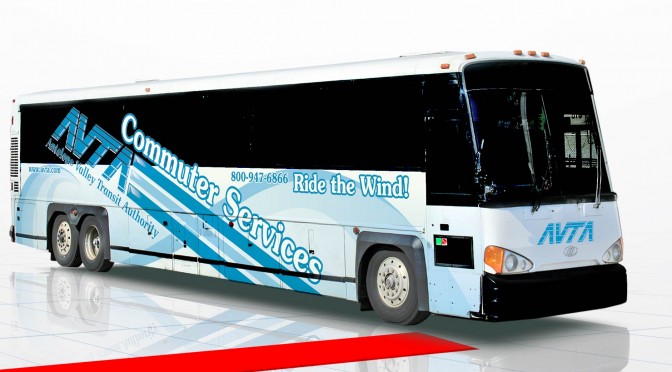 Around this time last year, Complete Coach Works had successfully delivered the first of a thirteen bus rehab project for Antelope Valley Transit Authority (AVTA). Upon completion, the AVTA riders were impressed by the newly renovated interiors, and new graphic scheme on each bus. Cleaner engines and diesel particular traps were also installed. Today begins another step towards modernizing AVTA’s as they have just awarded another contract to Complete Coach Works for the refurbishment of thirteen MCI Commuter Coaches.

Similar to the last refurbishment project, these Commuter Coaches will receive a new paint scheme that will increase the fleet’s curb appeal. The engines, transmissions, suspensions, and differentials will be rebuilt, a new exhaust system will be installed, including diesel particulate filters, and many other subcomponents will be replaced with new.

The interior of the bus will also receive a light rehab involving replacing the floor coverings around the driver’s area and entry, as well as the seats and walls receiving a full steam cleaning treatment.

AVTA has tripled the number of passenger trips in just over a decade of operation. Founded in 1992, AVTA provides more than 3 million trips annually throughout the Antelope Valley which serves the cities of Palmdale, Lancaster, and Northern Los Angeles County.